Period: March 2020 – February 2022 (24 months)
Partners: The consortium is leaded by CNR-IRPI (Perugia, Italy) with the collaboration of 6 partners:

Description: Irrigation represents one of the most impacting human intervention in the water cycle considering that irrigated agriculture accounts for about 70 percent of water withdrawn worldwide from lakes, rivers and aquifers. Indeed, the expected increasing population in the future and consequently the increasing demand of food will require an improvement in the management of irrigation with a strong interest in reducing water withdrawals and increasing irrigation efficiency. In this context, the knowledge of the distribution and extent of irrigated areas as well as the amount of water used for irrigation plays a central role for both modelling irrigation water requirements at global scale and quantifying the impact of irrigation on climate, river discharge and groundwater depletion. On the other hand, obtaining high-quality information about the actual irrigated areas worldwide is challenging especially in terms of quantification of the water actually used for irrigation. This problem is well known in most of large scale hydrological/land surface models that do not include or are characterized by simplified irrigation schemes. The main goal of Irrigation+ project is to explore, develop and validate advanced Earth Observation-based algorithms and techniques for irrigation mapping, quantification and detection of seasonal timing of irrigation from field to regional/global scale. This especially capitalizing on the latest advances in Earth Observations and on the advent of the European Space Agency (ESA) Sentinel missions in synergy with other data types and models. The production of local to global satellite databases at different scales will be the basis to operationalization of irrigation products followed by impact assessment studies. 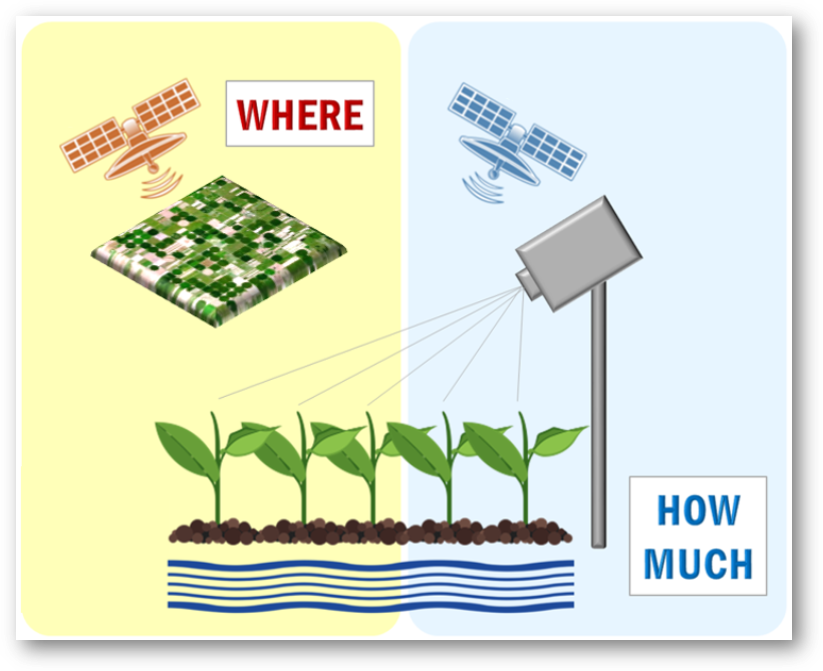 See also our research page on the estimation of irrigation from space:
http://hydrology.irpi.cnr.it/research/irrigation/

High resolution (~100 m) #soilmoisture from #Sentinel1 in #Sardegna, preparing for @ESA_EO #LPS19
Great dataset for estimating #irrigation as in https://t.co/huALIcWa3L